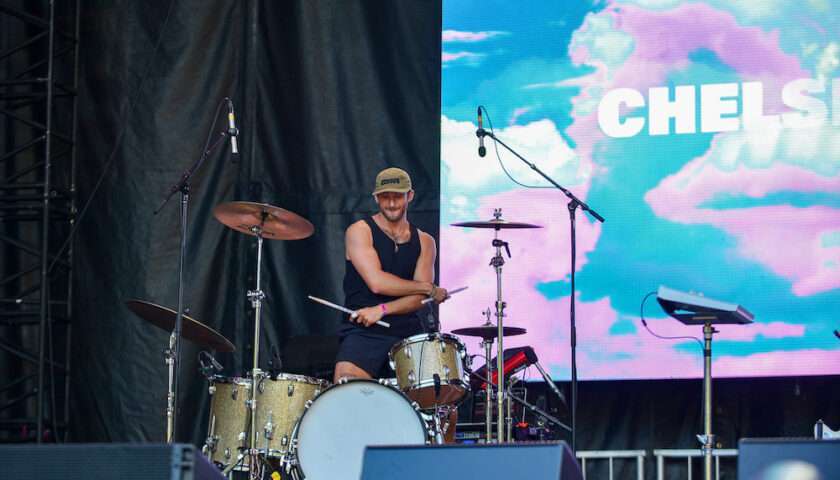 Biography: Born in Westport, Connecticut, Chelsea’s musical inclination happened at a young age. Tinkering with instruments as a child led to releasing her own material as a student at Amherst College right from her bedroom. From there came her debut EP Snow In October, which further propelled Chelsea into a whole new stratosphere. A chance meeting with fellow singer/songwriter Jeremy Zucker led to brent, which went from a passion project amongst friends to a critically acclaimed collaboration.

“Brent actually ended up doing much different things than either Jeremy and I even anticipated,” the 22-year-old siren admits. “‘you were good to me’ really caught on fire.” The two shared a stage on the TODAY show, along with a handful of performances that further proved Chelsea’s star power. All the while, Chelsea was formulating her solo debut album.

“I made a note on my phone of the things that I wanted to make sure that the album said,” Chelsea explains of the album’s concept. “That note obviously changed as my experiences and personal life shifted, but I got to a place where I felt like I didn’t have anything more to say, and that’s kind of when I knew it was finished.”

How To Be Human is a long time coming, at least for Chelsea. “There are songs on there that I wrote so long ago and by long I mean like a year,” she says with a laugh. “That feels really long for an artist who writes a song and then immediately wants to release it.”

The project is a collection of songs that touch on both human emotions and the human psyche, derived from an epiphany that Chelsea had while on tour. “I was in a hotel room on tour last fall, my first headlining tour, and I just remember that hook idea like I don’t know how to be human,” she explains of the album’s title track. “That was the phrase that was stuck in my head.

I think it wasn’t anything more than me being an existential 21-year-old literally saying to myself, ‘this human thing is weird.’ So I wrote that song and it became the overarching theme of the album.” It happened organically. “When you’re in your early 20s and probably for the rest of our lives, I guess, we kind of just like say, ‘I don’t know what is happening.’”

The album runs the gamut of thoughtful subjects from love, to heartache, and even Chelsea’s favorite subject: impermanence, allowing things to come and go in life. “Impermanence is probably my favorite theme I’ve written about,” she adds. Having produced a majority of the project herself, Chelsea has crafted a masterpiece that not only speaks to her knack for making music that speaks directly to her fans, but has also evolved her as well-rounded artist.

The project’s lead single, “Sad Tonight,” produced with renowned creative team Captain Cuts, is perhaps one of the most dynamic examples of this, as Chelsea pushes her own limits as a full-fledged pop star. “This is one of the more poppier songs that I’ve ever written,” Chelsea says, “where I said to my team, ‘this is the one.’”

The theme touches many, as the hook is a plea to just be sad tonight. “The universal sentiment is that when you’re trying to get over somebody or a relationship, you try to throw yourself into everything you can to be distracted and fill a void,” she expresses, “but you’re miserable doing it, when in reality you want to be at home eating ice cream and crying while watching Netflix.”

Other songs like the poignant “nj” reflect deeply woven sounds and lyrics with the focus of love. “It’s my favorite song I’ve ever written in my entire life,” Chelsea continues. “I wrote that at like 4am in Europe on tour. Instrumentally and lyrically I’ve never made anything like it. I’ve never been more proud of something in my life.”

A February tour will welcome the release of How To Be Human, as Chelsea Cutler has leveled up and is just getting started. With two sold out shows at New York City’s famed Terminal 5 and Boston’s House of Blues, plus a long-awaited appearance at Coachella 2020 this spring, Chelsea is ready to tell her story on wax and on stage. “Putting out a full-length album meant I could tell a story in a more raw and authentic way than I ever have before,” she advises. “I raised the stakes for myself and wanted this to be a full body of work, where I now feel like I’ve reached a new level of artistry.”

@globalmusicpodcast is now available on the wonder

Next @riot_fest won't be until next year sadly, bu

From out for the turmoil comes some healing. Still

The music will be with you... always. Sign up on

CHICAGO MUSIC GUIDE Your Guide to Great Music in

Hey everyone! Hope you are doing well today! TODA

Sounds of Chicago is OUT! Featuring new music fr

NEW @globalmusicpodcast is out! Featuring: @mode

Throwing just a splash of color behind our logo. D

"Yesterday... All the humans would be gone all day

This Memorial Day Remember and Honor all who have

Drive-in raves are a new thing! Via @chicagomusicf