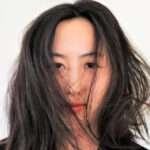 Meet Su Lee. Broadcasting from a 10′ x 10′ box room in Seoul, Korea, Su writes, produces, designs and directs all her music and content. Her box room is where she eats, sleeps, and creates, and Su uses every surface to build the world that exists in her imagination, far beyond the confines of her surroundings.

Su first crashed on the scene earlier this year with her song and video for “I’ll Just Dance.” The video, subtitled “What My Mental Breakdown Sounds Like,” shot to 35,000 upvotes on Reddit and 750,000 views on YouTube in the first month, resonating with an audience who had been stuck inside for months due to COVID. Both the song and video were 100% created by Su and showcase her quirky and honest style. This breakout came 10 months into a year that Su had given herself to live off savings to make a living from music and helped catapult her vision.

The buzz from “I’ll Just Dance” quickly translated to a flurry industry interest with labels and companies drawn to Su’s raw expression, antithetical to the traditional hyper-polished pop star. This commitment to authenticity has continued to steadily attract fans. In addition to releasing music, Su has launched a vlog entitled “Overthinkers Society,” and begun live streaming her songwriting sessions to invite fans into the process, mistakes and all.

On her new single “Wide Awake,” Su draws on the elegance of classical music in the piano intro, which also serves as the track’s foundation. Utilizing her androgynous, mellow voice, Su laments being trapped inside alone in the lyrics, “with nothing but these keys from going insane.” However, Su remains hopeful for the future, and “Wide Awake’ comes full tilt in its reverb-drenched chorus, creating an ambience that’s both spacious and enveloping.

“‘Wide Awake’ is my love letter to ‘us in the future,'” Su shares. “It can be lonely at times, to be a dreamer, striving in solitude. That’s when we dive into our imaginations to find strength and sanity. This song is my hope that someday, they will no longer be mere daydreams, but something real; something we can experience wide awake.”

Su adds about the accompanying self-directed and edited video:

“The video illustrates how imagination brings color to a monochrome life. When dealing with loneliness, self-criticism, and uncertainties that life brings, there are times when reality becomes too difficult and mundane to face in its raw state. That’s when I choose to be more child-like – I daydream, go on imaginary adventures, and doodle everywhere (even on my body). And when I come back to reality – just like at the end of the video – I’m ready to do life again with a little bit of magic and hope that I’ve carried back from my dreams.”