It has been more than two years since a jury found Led Zeppelin’s “Stairway to Heaven” was not substantially similar and did not infringe upon Spirit’s song, “Tauras”. Now Led Zeppelin faces a new trial, after the Ninth Circuit vacated that decision in September 2018, citing erroneous and prejudicial jury instructions and misleading the jury on key copyright laws.

During the initial trial, Led Zeppelin was accused of stealing one of the most recognized riffs in the music business – the descending chromatic scale at the beginning of “Stairway to Heaven”. Responding to those allegations, Led Zeppelin’s counsel argued that the chord progression at issue dated back to the 1600s, making countless references to it historical use in the music industry. However, the jury neither heard a recording of “Tauras” nor “Stairway to Heaven” during the trial, but rather, listened to the testimony of musicologists and various renditions of “Tauras”, intended to mirror the “Tauras” sheet music that was subject to copyright protection. In other words, because “Tauras” was copyrighted before sound recordings were covered under federal copyright law, the District Judge disallowed the jury to hear an actual recording of the song. However, many claim the sheet music was not faithful to the recording and as such, failed to provide an opportunity for fair comparison of the two works.

Additionally, the District Court Judge failed to advise jurors that a combination of notes or scale may qualify for copyright protection, even when those individual elements alone may not, and erroneously advised that copyright does not protect short sequences of notes or chromatic scales. In its’ opinion, the Ninth Circuit held that the jury was improperly instructed about unprotectable musical elements and originality in the music space and recognized that while a single note may not be copyrightable, an arrangement of a limited number of notes can garner copyright protection. Although “Tauras” is subject to the copyright law that governs that work and as such, cannot be used to prove substantial similarity, the recording should have nevertheless been played for the jury to demonstrate Led Zeppelin’s access to “Tauras.”

For these reason, the Ninth Circuit held a new trial was warranted. In its decision, the Ninth Circuit further opined that during re-trial, the District Court should revisit the issue of whether an inverse ratio jury instruction is merited. Application of the inverse ratio jury instruction would lower the standard to establish similarity between the two songs, to the extent defendant had access to the work purportedly copied. Specifically, if a high degree of access to “Tauras” can be established, a lower amount of similarity between the two songs is needed to prove Led Zeppelin copied the work. Stay tuned for coverage on the new trial. 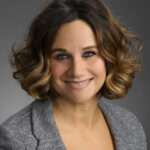